7 Quirky Things About This Royal Wedding

Bride did her make up- The new Duchess of Cambridge did her own wedding makeup! She is said to have taken lessons from a make up artist Arabella Preston who went up to private flat in Chelsea and even to Clarence House to teach her a thing or two. She was reported to have disliked the professional makeup job done on her face before her engagement party and wiped it off and resolved to go the DIY route. In Nigeria, that’s some 50,000 saved!
The couple kissed twice - Traditionally, the bride and groom of blue blood usually treat the couple to a public show of affection on the Buckingham palace balcony. But no sooner had the couple treated us to a quick, sweet kiss, did screams of Kiss again! Kiss again rent the air, and for the first time in British royal history, we got a second more swoon inspiring kiss. 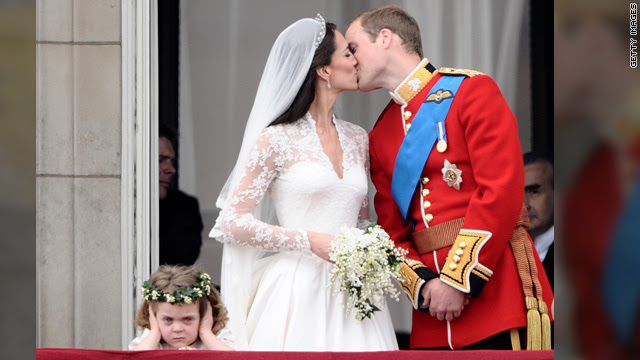 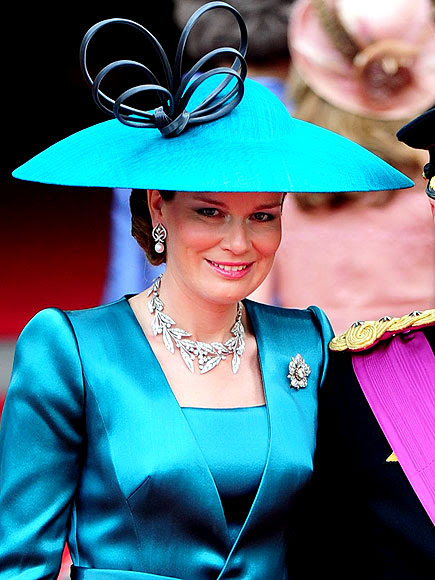 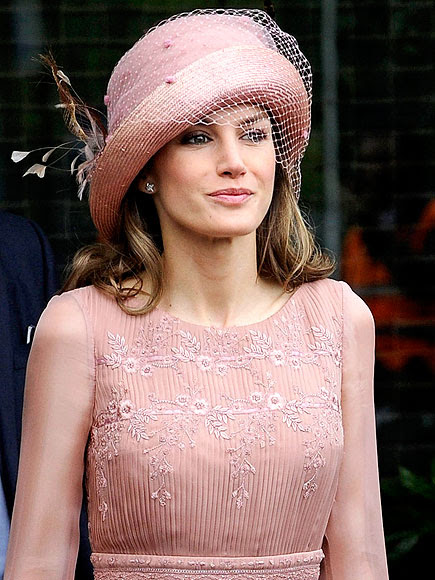 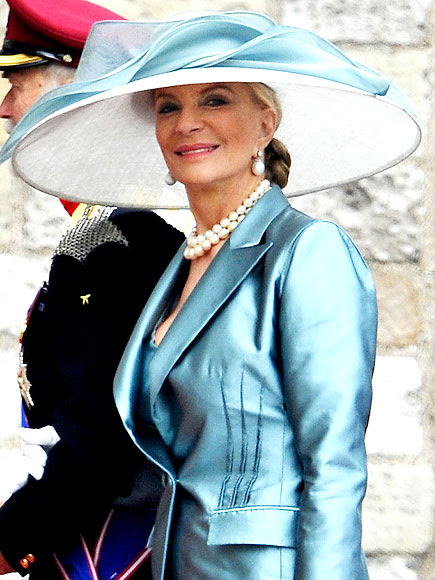 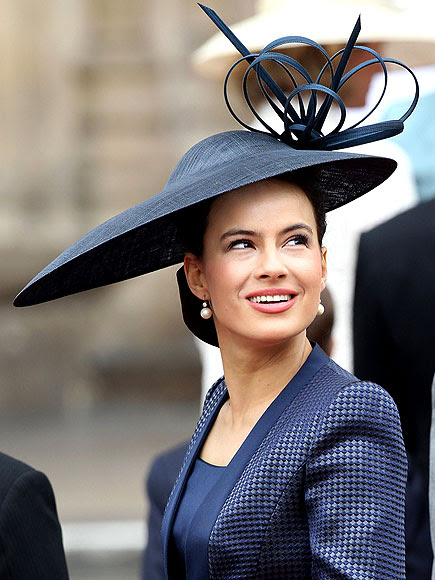 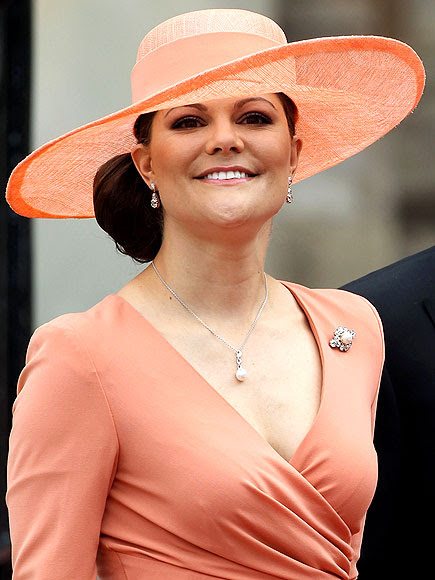 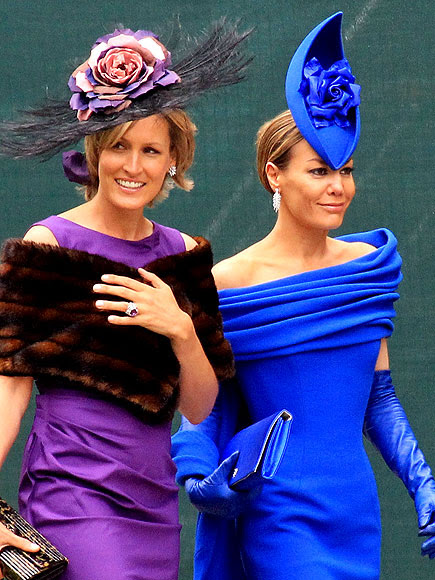 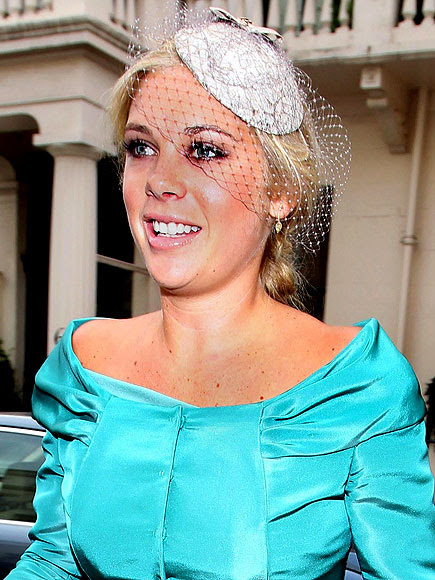 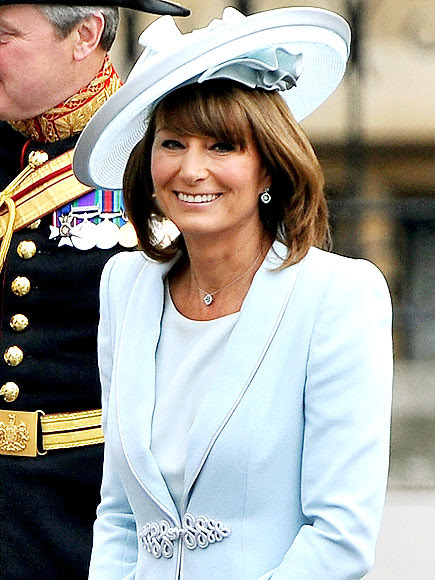 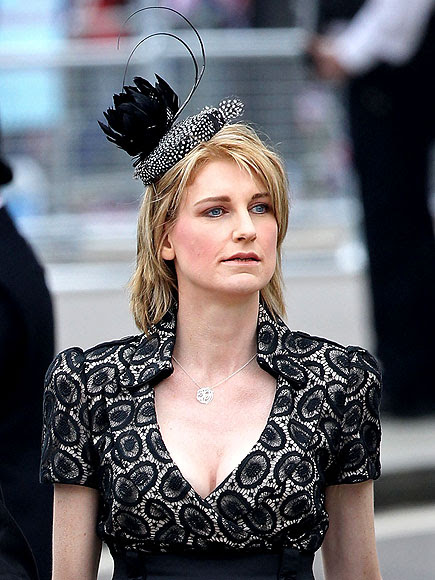 Marriage sermon was straight to the point- As a Nigerian and one who has attended lots of weddings, I couldn’t help but notice the brevity of the sermon given by the Archbishop of London. I updated my status on Facebook saying, “Great job, Priest, sharp sharp service, anything they haven’t learnt by now...well....! A lot of advice is needed before marriage but the wedding service is hardly the time and place for it!
The Queen does not sing as everyone sings to her- As the marriage ceremony wore on and it was time to sing the 'national anthem', it was glaringly obvious that the Queen was not singing. Alas, that was because she was being sung to and so she just looked on, albeit soberly. God save the queen, the Brirtish un official anthem goes and if it was a King, it wouldhave been God save the King. The whole anthem issue is embroiled in a controversy right now as certain quarters call for an enactment of a 'proper' anthem.
Reception cake is shaped like a crown- The couple asked the McVities company to bake a chocolate and biscuit wedding cake for them using the Royal Palace recipe( a craving of Prince William) . And it's shaped like a crown. Go figure! 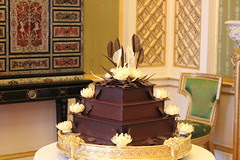 .
Crowd throws their own party- This is one wedding in which even if you don't get an invite, you get to throw your own party and spend your money. Over 5000 street partis have been organized throughout England and people will be spending their pounds. Imagine that! This is one of the few reasons why it wouldn't be too easy to abolish the monarchy as proposed by the republicans. Face it, the monarchy does bring tourists to Britain! 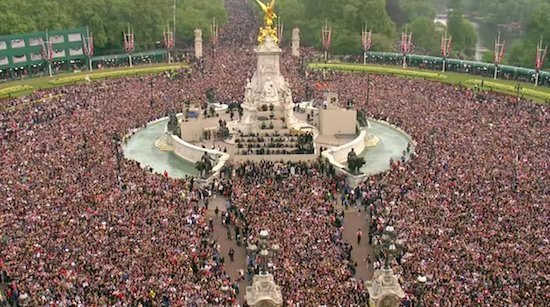 Only Kate got a ring- And, oh, I forgot, only one ring was exchanged. Apparently Prince William wouldn't be wearing any. Weird

I hope you enjoyed reading. If you did watch the Royal wedding between Will and Kate , please drop your comments about the quirky things you notuced too. Cheers and One Love!!
Posted by Berry at 4:45 PM

Get Feisty updates via Email